The word Coulrophobia means a persistent and irrational fear of clowns. It possibly originates from Greek Kolon meaning stilt or stilt-walkers which are often used by clowns.

The word clown might have even originated from Cloyne, Clod or Colonus- a rustic country bumpkin, farmer, yokel or someone who lacks common sense.

Coulrophobic individuals report feeling “shaken and traumatized” at the sight or even the mere thought of clowns.

A study conducted by a Hospital in UK showed that decorating a children’s ward with images of clowns actually backfired when more than 250 children (in the age groups of 4 to 16) reported disliking the images.

It is not just children suffering from this fear; many people having this specific anxiety disorder are middle-aged adults. Media, novels (Stephen King’s novel and movie of the same name (IT) about Pennywise the Dancing Clown- terrorized many adult Americans who even resorted to wearing t-shirts which read “Can’t Sleep-Clowns will Eat Me Alive”) are known to be major contributory factors in the mass hysteria or fear of clowns. Thus, King’s Penny-wise probably did to people what Jaws did for swimming in the ocean and Hitchcock’s Psycho did for showers. It is believed that the idea of King’s IT might have originated from the author’s own life-long fear of clowns.

What Causes Coulrophobia?
As stated above, representations of evil clowns in media is a big contributor for instilling this phobia in young or anxious minded adults.

Clowns and court jesters have been around for thousands of years. Even Emperors and kings in Egypt, China and Europe allowed their court Jesters to mock them where no else could. It was a pretty important position in court.

Psychologists also believe that, like in case of other specific phobias, the fear of clowns could be deeply rooted in childhood, mainly because children below the age of four years are highly reactive to familiar body type and unfamiliar faces. One phobic, for example, recalls having visited a fair as a young girl where she encountered a “foul-smelling, yellow-teethed clown who got in her face”.

Symptoms Of Coulrophobia
Like in case of other phobias, Coulrophobia also produces many physical, mental and emotional symptoms in the sufferer some of which are:

• Sweating
• Nausea
• Feelings of dread
• Accelerated heartbeat and rapid breathing
• Crying or screaming
• Feeling angry at being placed in a situation where clowns are present.

Treating The Fear Of Clowns
The fear of clowns is treated in the same way as other phobias are: gradually coming in contact with the object of one’s fear so that one has a more controlled response to that object, in this case- clowns.

Fortunately, Coulrophobia does not affect one’s day-to-day life as the phobic can generally avoid situations (circuses, birthday parties etc) where one is likelier to encounter clowns. However, if the phobia is interfering with one’s professional or personal life it is best to seek psychotherapeutic counseling for it. This includes methods like NLP or Neuro-linguistic programming, Hypnotherapy or Gradual or systematic desensitization done with the help of a trained therapist.

These are some of the tried and tested methods for overcoming the fear of clowns.

Killer Klowns from Outer Space is a 1988 horror comedy dedicated to the topic. The Joker character in the Batman franchise was introduced as early as 1940, and has developed into one of the most-recognizable and iconic fictional characters in popular culture, leading the Wizard magazine’s “100 Greatest Villains of All Time” ranking in 2006.

Numerous films on the topic have been produced since the late 1980s. Early examples include the horror films Out of the Dark (1988) and Clownhouse (1989), followed by IT (1990), a miniseries adaptation of Stephen King’s novel. 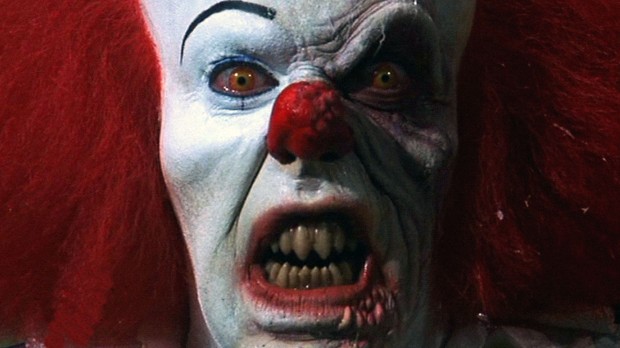